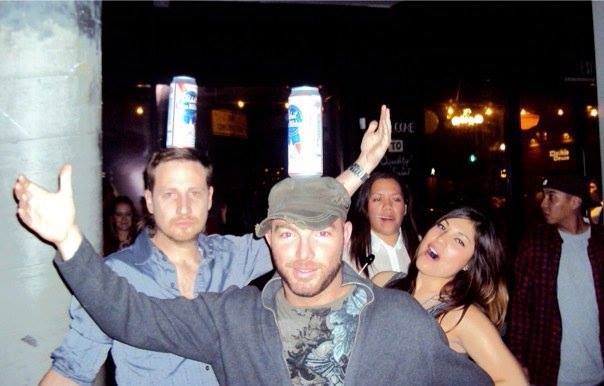 Question from Forum Member: (http://manwhore.org/forum)
“One issue I have is that during some blowouts, I tend to feel kinda thrown off and it makes me doubt the trust I have in myself. Any tips on this guys? I mean on the outside, I laugh and can play it off. But, on the inside I still feel it and have trouble letting it go right away so I can continue more sets and interactions effectively. It makes it harder to have fun.”

There’s a few different angles to better understand this from:

– They’re not rejecting you, they’re making a snap split second decision on a very small amount of information.
– You should not be so reactive to another person’s state of mind and subsequent behavior. Most people engaged in a social scenario or public environment are dealing with some level of fear, social anxiety, or inner tension on some level. Most people are NOT that relaxed in social settings. Add in that 25% of women are at any given time either currently bleeding out of their vagina, or are about to be, and you’ve got a recipe for weirdness.
– Such things require an extra layer of smoothness and skill.
– But it is quite simply NOT a reflection of who you are.

Reject negative reaction.
– You have an inner sense of reality. A “frame” so to speak. Any negative or contrary frame projected onto you will sabotage/undermine your frame if you’re not trained to deal with the incoming barrages (they will come).
– If you’re susceptible to these you must reject this contrary frame or it’ll fuck with you.
– Make a conscious stand against it.
– Take an equal and opposite stance to it.
– Take the correct equal and opposite stance to it. Most dolts don’t, instead they adopt what are called defense mechanisms and in essence reject themselves. (Lol I can’t help but laugh a little bit at the silliness of it) If a girl is being a dick then acknowledge that shit strongly and reject it. Voice it. Either outwardly or inwardly. If you made a mistake, laugh at it (because that shit is funny), correct it and move on. You absolutely do not dwell on it except to make the necessary correction, there’s nothing else. If you’re still dwelling on it stop it. If you can’t that’s just a lack of mental discipline and you need to incorporate Tolle’s teachings much better.


(As a sidenote this has huge repercussions in mentoring and training as well. These defensive mechanisms can kick in sometimes the wrong way. As a coach I’ve had to always understand this dynamic. I’ve got to be able to critique and shape certain outcomes without “losing” a guy so to speak. When those defensive mechanisms kick in I have to make sure a guy knows: I’ve got his best interests at heart, I believe in him, I’m here to help him in the right direction(s), and he is entitled to any kind of fucking experience he wants to have. Every pun intended. Every once in awhile I still lose somebody but it’s rare. I’m probably hands down the best at making the clean deep cuts that are sometimes necessary while causing the guy the least amount of discomfort. (Though Meow pushed my buttons repeatedly ;p ) If you hadn’t realized yet, most coaches and even professional therapists simply will not go there with a person. Everything’s just glossed over. It’s the difference between someone having a job, and someone having a duty. Most therapists, trainers and coaches are simply collecting a paycheck, or are too nervous or unskilled to tackle the rough areas, but mostly they’re just lazy.)

Negative energy is negative energy.
If that’s what they’re choosing to project they might very well be assholes and do not deserve your time.
– Are they trying to act too cool for school? Local celebrities, drug dealers and up ‘n coming rappers do not qualify for that. Much less random people trying to be the “cool kids”.
– You may need to do some correcting of your own. I’ve verbally destroyed quite a few people in my time.
– People of genuine high social status love meeting good people with good energy.

And just remember, cold approach is a difficult skill set. It’s why I laugh when dating companies promise to be able to teach it in a single weekend.

So could you have been smoother and “better”? Quite definitely.
– You SHOULD be able to cold approach just about anybody and at the very least give them a good time, even if it’s fairly quick and simple.
– You should be able to project good emotions onto the people you meet.
– They should be genuine.
– You should never have a problem making good eye contact, speaking clearly and strongly, and stringing together coherent thoughts that can be articulated out loud. You should not be intimidated by celebrities or important people. If being genuine means being very appreciative of them, that’s absolutely fine. Every celebrity I meet whether it’s through cold approach or I’m introduced to I have a good time with. You can too.

So if an initial meeting doesn’t work out, ask yourself the pertinent questions: Were you projecting good emotions? Were you speaking loudly, clearly, and making eye contact? Were you present and conversing naturally? Did you take yourself seriously and project yourself with calm self-authority? (This does NOT mean being stiff or stoic)