Answer to a question of Group Dynamics 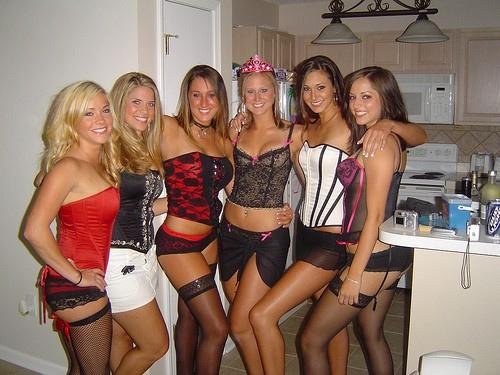 One of the most important factors people respond to is social dominance. Especially for girls.. it’s just their biological paradigm. At some point, maybe many points, you’ll have to demonstrate your command of group dynamics. In ALL my lay reports you’ll see evidence of this, of me interacting with a group and leading the whole thing, or demonstrating social dominance in day to day interactions. It can be something basic like interacting with a McDonalds cashier, or introducing yourself to all her friends, or venue-changing, or leading a group interaction, or holding everyone’s attention as you tell a story.

You can be “The Man” solely with her as much as you want to, but if you can’t interact with the whole group naturally, calmly, and while exhibiting social dominance.. you’re like a one-legged giant, and she’ll lose attraction and respect for you at some point, guaranteed. So lead the environment, whatever that happens to be. If it’s just you and her, ok.. if it’s her and her friends, lead them. If it’s her and the McDonalds restaurant, lead. By the time you’re ready to ask a girl’s #, you should be able to do it in front of her friends, her parents, her priest, Tyler, Jeffy, your mom, your dad. Jesus Christ. Alphas are very aware of social dynamics, and to be an effective leader, you have to be able to read where your people are coming from before you can take them somewhere else.

I have a good buddy I’m showing the ropes to. A few weeks ago he was trying to escalate with a girl physically. Problem was that he was hiding this from her friends, escalating on her while they weren’t around. This is the WRONG thing to do, as it looks creepy, beta, shows you’re not comfortable with your sexuality, and that you don’t feel FULLY self-entitled to it. Everything that you do, you should feel comfortable letting happen in front of her friends, unless you realize she wants it, but wants to be discrete. Once again you’re aware of what she’s experiencing, and you’re able to lead her somewhere else. Now in most cases it IS a good idea to get physically intimate with a girl out of view of her friends as it’s better to be discrete, but you can’t come off like YOU are the one afraid of her friends seeing!

Remember to give most of your attention to her, but not neglect giving attention to the whole group. Just to give you an idea it should by default be around 85% her and 15% group. That’s just a rough idea. Obviously if we’re doing math during a interaction we’ve reached a whole new level of chodedom. And there are times I completely ignore her friends, it just depends on how things happen to be working out in this particular group, how much extreme masculine polarity I happen to be radiating at that moment. Other times if the friends are offering a lot of value and energy that just naturally draws my attention, I might ignore the girl a bit to hang with her friends. It’s all a demonstration of higher value as long as you’re centered on what’s drawing your natural attention, e.g. you can’t be so overly focused on trying to “pick her up” that you ignore obvious signs you should be focusing elsewhere.

Now realize there’s going to be a learning curve here.. this is a new area for you and there’ll be some slight awkwardness. Cool. Be the kind of hardcharging bastard that will run with this and never look back.