Why Being A “Douchebag” Gets You Laid 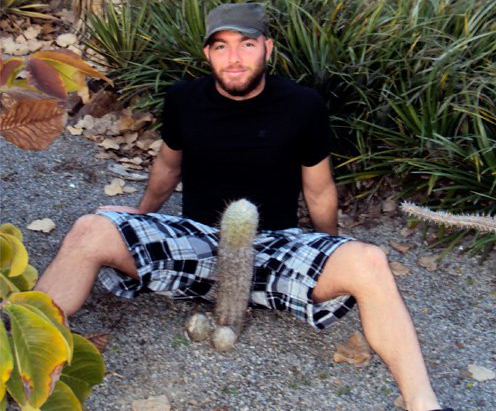 This is an article I wrote three years ago but resurrected because it MUST be made common knowledge. The idea is that the things that chodes/society talk shit on the MOST, are what will actually get you laid the most. Because when it comes to being successful in life whether it’s health/wealth/or love, most people are quite simply, crabs in a bucket, and they would rather talk shit, than work at something themselves.

Since becoming an experienced internet marketer, I’ve begun to unconsciously pay attention to trends and success streaks in my own life.. rather than before where I was haphazardly going thru life pell-mell, with no thought to planning or strategy, e.g. “natural” style. In actuality there are trends you start to notice, things that seriously stick out and can be emulated.

Back in college I wore a lot of wife beaters. I was a young guy who hit the gym a lot- I always had a strong “warrior” identity, and so kept myself lean, mean and agile. The attention I got from girls was a bonus, but damn it was a NICE bonus.

But then of course there were the fratstar chodes, the dudes who grouped together into their own self-limiting chode niches. You’d hear things like “ok if you’re a dude.. you’re not allowed to wear wifebeaters. That’s try-hard.” Or they’d trashtalk always hanging out with girls, or being charismatic in ways they didn’t consider “bro” enough.

The deal was that rather than put in the work and figure out how to do it themselves, they created a bubble around themselves that reinforced their self-limiting beliefs. A safety-net, so to speak.

Funny story: My university newspaper (published by students) had a “personals” section in the back people could write in to and post random nonsense. I remember one time my freshman year reading a personal on the back I knew was directed personally at me trying to trash-talk me. I could only laugh. Freshman year of college was when I was given the name “Manwhore”. Correlation? Yes.

Was I a bit young, sometimes socially artless, and rubbing some people the wrong way? Absolutely. Did it matter to me? Absolutely not.

I’m here to tell you that years and years later I’m finally back to the same thing. When I hang out with girls I’m FULL douchebag. I’m wearing a wifebeater or some sort of offensive t-shirt, being pushy with them and teasing them, hitting on them nonchalantly, physically wrestling them, playfully bossing them around, embarrassing them in public (lol). And I get laid. All the time. I have too many women in my life right now it gets to be too much actually.

My attire of choice at the club? An affliction pullover. It’s white, has a big golden eagle with wings spread on the front of it, and would be considered “dbag wear” by many. But no shirt in the history of Manwhore has ever netted such a hot free flow of women’s bodies. My father would be proud. R.I.P.

My other favorite shirt is a simple black t that says “I love boobies”. Oh the situations that shirt gets me into. I remember about 2 months back walking into a bar in Old Vegas, and within 3 minutes I was sucking on the breasts of two different girls. Everyone watched in awe. I walked out with titty breath.

It’s like my shirt signaled something to these girls that it was ALRIGHT to let this strange man walk up to them, chat them up for about 10 seconds then show him their tits and 10 seconds after that to ask him if he wanted to try them out in a bit more intimate fashion. Hmm.. 😉

We’ll talk more about this in a bit.

I had an old shirt with the sillhoette of Richard Nixon on it, the caption underneath was “dick”. The best tshirt ever- girls would NOT leave me alone when I wore it. Britney Spears actually made the news a couple weeks ago wearing the exact same tshirt. As it’s not produced anymore I’m reproducing it in my own tshirt store.

I also had a shirt from tshirthell that said on the front.. “If this shirt is on your floor tomorrow..” and on the back “we totally fucked (now go make me some breakfast, bitch)”. I attribute THAT shirt to developing in me that carefree hustlin’ attitude that signaled to girls I did not give a fuck and we could mess around without her being judged. By wearing a shirt that was so sexual in nature but also demonstrated I did not give a fuck, it forced people to reflect back on me the same kind of attention, and this only further instilled this mentality and behavior in myself. It’s why I’m so adamant about selling my own tshirts. I KNOW the power they have on women and the kind of results they can give you. Plus I know the difference between a shirt with a quote that’s actually just stupid/offensive (like most of the shirts on tshirthell), and a shirt that will get you that kind of sexual attention from females.

Want to know how my dates go? They consist of me in a wifebeater with shit jeans, a hat pulled to side, stubble that is undefinable as any kind of anything. And a condom. Somewhere on my person. Because really.. you just never know.

Lessons: Wear wifebeaters. Even if you don’t have muscles. Like Hydro from Casanova Crew. I can tell he wears wifebeaters even tho he doesn’t have any muscles. Let me explain why..

Douchebaggery is the fastest way to getting laid. As long as it’s true “I don’t give a fuck” dbaggery. This is because a girl realizes there’s NO expectations with you, no weird “social” standards or stigmas she has to maintain around you. Basically it’s EASY to be around you. So what is the end result? She can fuck you and not feel regret, shame, or social stigmas.

Tyler (RSD) said it awhile back, “the scumbag aspect often even just makes the girl want to hook up faster because they’re not trying to tie them down into a relationship”. It’s not necessarily that they want to hook up faster, its that girls would hook up faster except guys put too many roadblocks up for girls to pass thru. Like fancy dinners, gifts, or wearing expensive clothes that signal to a girl that a guy cares too much what she thinks, is too in-tune with typical (e.g. chode/beta) cultural and social expectations of what dating should be, and places WAY too much importance on sex- like he thinks has to “earn” it. Well guess what.. he ain’t going to get it for free now!

You start adding levels of “cloaking” and social “niceties” and you are simply creating a longer route to the bedroom. Not that making a girl feel special/comfortable with you or getting to know her isn’t necessary in many instances, (you do need to be able to do this) but being super relaxed and bucking social expectations while having fun with her is easiest way to the bedroom.

I asked Vin Dicarlo’s ex-head coach Brian to move in with me a couple years back for some projects we worked on together, and he had his intern stay with us for a couple weeks as well. During this time I wrote the intern’s texts to a girl he’d met from online game (he was pretty lame at the club lol), and got him a date with her that same afternoon. So I hand him back his phone and tell him to get ready he’s about to go on a date, ;). He gets ready and comes back out about 45 minutes later.. he’s wearing a button down shirt, his hair is perfectly groomed, he’s wearing nice pants and upscale shoes. I ask him where he thinks he’s going, he says he’s going on a date, I tell him not in that shit he isn’t! I tell him there’s NO WAY if he goes out wearing the goombah getup he’s currently in. I make him wear a pair of my khaki shorts, a brown tank wife beater, and a necklace of mine.

By not so subtly signaling to girls that you exist outside the typical “guy she should date” mentality, things are fast-tracked to sex.

You know what also works well? Having blatant sexual conversations. There’s a video of me on youtube during a street halloween party where I bring up my balls mid-conversation with two different girls… And BOTH girls put their hands down my pants and fondle them in the middle of the street. This is because I do not give a FUCK, and I bring them up in conversation. The obvious consequence being that as women are naturally curious creatures, they want to play with the above mentioned merchandise ; ).

Things like nerding/geekifying yourself down, dumbing down inteligence, talking light shit, calling people fat, not having a car, or simple shit like demanding a girl bring you ice cream- these things all let a girl know you’re crazy and off the social radar and it’s cool to fuck you because she’ll “get away with it”. What am I trying to say? Keep the interaction at a kindergarten level where boys push girls down in the sand, give them kisses, and have no problem playing “you show me yours I’ll show you mine” with their private parts.


Actually damn,that’s a decent overview of what my dating life looks like these days.