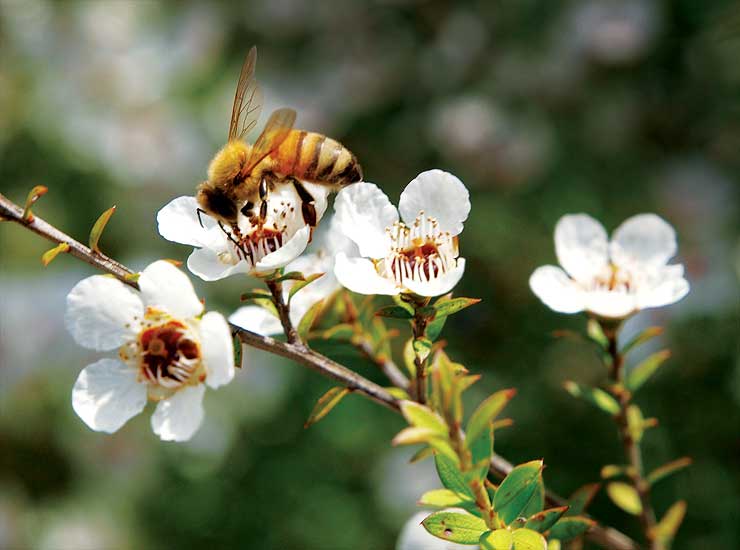 The Health Implications of the COVID-19 Coronavirus

The risk of the COVID-19 coronavirus is a small cumulative effect on bodily systems ALREADY affected by previous conditions that include scarring and injury.

Those At Increased Risk:

– Heavy smokers, vapers, etc.
– Patients with bronchial and lung conditions, such as those with pneumonia or asthma.
– Patients with prior liver damage such as cirrhosis of the liver, hcv, and heavy alcoholic drinkers.

The main danger is the actual physical structure of the virus as it permeates bodily systems, namely the physical blockages it creates when it’s allowed to spread.

Small airways in the lungs, renal passageways such as nephrons in the kidneys, these are where the coronavirus can have the greatest adverse effect.

The outside danger is that any time the virus is exhibited or detected, it’ll be “another coronavirus death, oh no!” when in actuality it’s only another added adverse condition.

Manuka Honey (Leptospermum Scoparium)
I knew these so-called epidemics were coming I’ve been warning people about it relentlessly for awhile now. But talk is cheap, and there’s a strong treatment available if the condition can be caught quickly enough. Though if enough scarring and damage is done to small airways and renal passageways the treatment won’t be as effective. It’s called manuka honey, which is created from the bee pollination of leptospermum scoparium, a tea tree indigenous to New Zealand and Australia, and it’s possibly the strongest antibiotic in existence. Whereas most antibiotics only have one or two ways of destroying pathogens, manuka honey represents a total envelopment and catastrophic takedown of pathogens. I ordered several thousand leptospermum scoparium seeds, mostly from New Zealand, and planted close to a thousand of them in Northern California. I planted twenty or so plantlings, most about 1 1/2′ high, in Eureka, along with several hundred seeds, then traveled east across California through Redding and Banning, stopping every once in a while to plant hundreds more seeds in various spots across the state.

Now I’m no kind of horticulturalist, there are not one thousand tea trees growing across Northern California right now, but I’d say there’s at least a dozen or so spots across that expanse with at least a few who made it. Do we need more? Yes, we need tons more. Everyone needs to buy leptospermum scoparium seeds and plant them everywhere. Every nursery I come across I check inside for leptospermum scoparium, and usually I’m disappointed. It seems there may be a concerted attempt to keep these trees out of U.S. nurseries. This needs to change.

I’ve also been following the mass dying off of bee societies across the world, and the obvious acts of sabotage and ruin against bee farms. This is an issue not just of national security, but of global security.

Take care of your bees.

Organochlorides are a potential treatment. But as always, treatment is a matter of balance. Too much of one thing can and will lead to other health exacerbations. I would also recommend nitrogen-based bronchodilators for those with respiratory conditions being affected by the virus.

And as always… drink lots of water. Dehydration is the real killer as it’ll create the conditions for the spread of the virus, and the increased blockage of your bodily systems.

Decongestants and vasoconstrictors will potentially worsen the condition.

It doesn’t matter, they’re reaping the benefits of it either way.

China’s suffered a rather drastic economic downturn recently, brought on by President Trump’s endeavors to correct the trade deficit between the United States and China, and their decades long thievery of American and European intellectual property and industrial technology. They are experiencing large food shortages as well, something they’ve experienced often before throughout their history. It behooves them to freeze their infrastructure and populations, thus reducing economic costs while forcing their population to stay immobile which further reduces food costs. The COVID-19 “outbreak” gives them a reason to enact all this while forcing the rest of the world to deal with what’s at best a rather tepid medical outbreak. Chinese “manufacturing” has never been very effective as any mechanic knows. The Chinese are known for producing cheap imitations of American and European products. If you look at the potency of COVID-19, it isn’t anywhere close to being as “effective” as the regular flu, which America deals with every year.

But yes, China’s Communist Party is behind COVID-19. Billions of dollars at stake, the fate of their authoritarian regime hanging in the balance. This is what a totalitarian government is capable of.

Wuhan, the region in China that the COVID-19 virus came out of, is already implicated in the production of close to 1 million tainted vaccinations out of Wuhan “biomedical” facilities.

You can read about that here:

Number of Faulty Children’s Vaccines in China Surges to Over 900,000

It’s no coincidence as well the epidemic came out of a region called Wuhan, an agglutination of Wu and Han. Wu was the home of Sun Tsu, who wrote The Art of War, the Chinese book on warfare. The Han are the dominant Chinese ethnicity.

In fact the entire Chinese Mandarin language, which means “speech of officials” (clearly an artificial appeal to authority) is based on agglutination, which affords them the ability to constantly change and manipulate the implied meaning of their writing, language and even spoken dialogue, AFTER the fact. China is itself a melting pot of dozens of different ethnicities, cultures, languages and dialects. It’s why the Chinese make such good hackers, the Manchurian Han culture is based on its ability to infiltrate and take over other societies, within China’s own borders.

Credits
Anyway just something to knock out between binge-watching episodes of Altered Carbon season 2. It’s been a great show, a worthy second season addition. RIP to Charles Leitrants. Please take care of yourself, Hollywood. China’s multi-billion dollar film industry has declared war on you.

ADDENDUM (3-2-2020)
The true nature of this tepid “epidemic” has made itself quite clear. It’s another blatant example of collaboration between China and members of the legal community within the United States. Just like Bruce Ohr and the FBI lawyers who committed fraud on the FISA warrants to justify spying on the 2016 Trump campaign as well as falsely creating the grounds for the “Russian collusion” investigation, they are currently trying to attempt another “legalist” coup against the United States, its people, and the executive branch of the United States government.  The over-hyped hysteria over a few deaths loosely related to COVID-19 versus the large numbers of flu-related deaths that take place in America every year, the bizarre misrepresentation of the facts virility of the virus versus the standard flu, even the blatant “advertisements” in Bloomberg news stating that “suing over COVID-19 is the American Way”, all are attempts to set the groundwork for subversive, treasonous action against the United States of America.