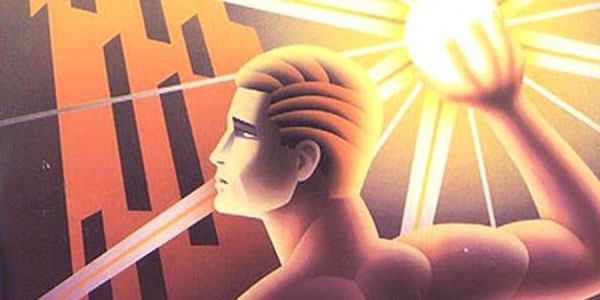 The onset of the worldwide autism epidemic has seemed a bizarre and unknowable phenomenon, existing through a wide range of symptoms and debilitating conditions. The underlying causes, however, are deceptively simple.

Long held birthing practices in hospitals have been abandoned in lieu of more “progressive” policies, and though seemingly innocuous, the results have been disastrous.

The human error involved in the onset of autism is very simple. Doctors have stopped spanking babies’ bottoms at birth, accused of abuse or trauma-inducing practices. Circumcision has also been on a widespread decline. Venipuncture at birth or shortly soon after is unheard as well for the same reasons. All of these have contributed to the massive spike in autism, for ONE very important underlying reason:

Without the PAIN stimulus, the baby is stuck in a biologically immature, semi-wake state leftover from the womb. The PAIN stimulus at birth is what compels the 1) baby’s CRY, which innervates the auditory pathway, the postnatal neuronal maturation process and begins the process of spatially encoding the environment (this tonotopy becomes the basis for the ocular system as well as finger joint/grasping abilities). It is also responsible for 2) the jump start of the reflexive processes to synapse at the brainstem for quick reaction speed, as well as internal endogenous processes such as the gastrocolic reflex (this is why autistic children are chronically constipated, fussy eaters). And, 3) the initiation of the Ascending Reticular Activating System, the body’s wake up call, which the auditory system is tasked with initially triggering after leaving the womb.

1. Postnatal Auditory Development
The most important thing to understand is that the auditory pathway is the first step of sensory organization and begins the brain’s understanding of its external environment. Every other sensory encoding system begins with the auditory system. Why? Because sound is the only sense we can actually initially physically “interfere” with and interpret the results. Meaning we can put out a stimulus ourselves, that interacts with and interferes with existent noise and environmental conditions. Our brains then decipher and interpret the results to spatially encode the environment so as to be able to interact with it. Hugo Zuccarelli first established this in 1980 with his discovery of holophonics as well as his proposal that the human ear and auditory system work as an interferometer. The ramifications of his discovery, however, were lost on the medical community.

In animals like bats this auditory feedback system is very large, as they have adapted to acquiring food from their environments strictly by use of sound, e.g. sonar. In primates this system is smaller, because we only use the auditory pathway primarily until we fine-tune our finger motor skills, and our visuospatial system kicks in. Once human vision orients itself based on the auditory encoding of the environment, the biological Law of Precedence takes effect and strict emphasis on the auditory system is abandoned.

This is why babies coo. They are pinging their environments and learning to orient and fine-tune their ability to recognize and interact with physical stimuli, and focus their eyes. Their finger grasping and understanding of the positioning of their own joints, fingers, and body positioning becomes more honed and fine-tuned as they coo and grasp.

Autistic babies have also been observed to fail the “tilting test”, e.g. they fall over without catching themselves like normal babies. This is because the vestibular system is innervated at the same time as the auditory pathway as they both make up the vestibulocochlear nerve. Without this primal innervation, the saccule and utricle never become sensitive to linear acceleration and head-tilting.

2. Nociception/”PAIN”
The mechanoreceptors associated with physical insult to the human body initiate internal reflexive “smooth muscle” processes such as peristalsis, sphincter relaxation, and proper pulmonary function. The lack of this stimulus results in many of the known conditions and symptoms of autism.

Glutamate and Substance P/NK1 binding work together to trigger proper intestinal smooth muscle contraction and control. This results in peristalsis, sphincter relaxation, even vomiting. This is why without the required “stimulus” autistic babies are chronically constipated, and extremely fickle eaters.

Acetylcholine and nitric oxide production work together to coordinate proper pulmonary function for clearing airways of pathogens. This is why doctors and medical personnel have begun to take notice of the differences in sound that autistic babies make versus normal babies. ASD babies are known to make cries that are higher pitched and with smaller intervals between, because they are not drawing breath properly. Mothers have also reported being confused by the sounds their babies make, not knowing or being able to interpret what’s wrong so they can properly care for them.

These normal bodily processes are all initially triggered by “noxious stimuli”, e.g. PAIN.

3. Ascending Reticular Activating System
“Residual muscle tension” which keeps us still during sleep, needs to be cut as fast as possible, otherwise it’s like living in a slow waking state and we simply cannot survive on our own. Bottom line, the human body and mind need to be able to react reflexively to the external environment.

Robotics
This has profound implications for robotics, as without this baseline understanding of sensory integration, scientists have been stuck attempting to create robots that walk/move with zero predictable precision. Without the auditory integration and understanding of their environment, robots are stuck “learning” their environment over and over again every time they take a step as visual processing systems are a secondary source of information-gathering. They cannot be fine-tuned and honed without an auditory platform upon which to be based off of.

Smart cars will now be able to be programmed to be much more “aware” of their surroundings, and be able to navigate much more accurately.

Conclusion
All of this is easily explained by the simple logic that it makes no biological sense for a baby to start any of these processes until it’s outside the womb. It’s not supposed to be moving around grasping for things, gastrointestinal processes are not needed until the baby is ready to start processing food itself, and of course a baby in the womb cannot safely use its own airways.

To make sense of this it would serve to go back and examine very closely how an entire generation of medical professionals was shamed into giving up practices long-held as routine and necessary since before recorded human history.

But there’s more to the scenario, another disturbingly false pocket of data being propagated worldwide with ruinous results, a false sense of communal sharing of information among young families that preaches the “evils” of vaccinations. We’ve just seen firsthand the dangers of this, epidemics in western states, reports of single individuals unknowing of their condition, passing on antiquated diseases to dozens of people.  But there’s a heinous concurrence at work here, because the hidden horror is to realize that all it can take is a single vaccination to CURE the autism condition. Venipuncture provides the same level of stimulus as a spank at birth, and can serve to finally fully integrate a child’s senses correctly. The process isn’t immediate, and it may take a bit of reinforcement, but it’s there.

There’s a special kind of destructive irony to the fact vaccinations are being presented as the cause of autism. Which of course serves to make parents of autistic children even less likely to vaccinate.

This is also why there are reports of medical professionals and school teachers wondering why some children were ever diagnosed in the first place, it’s because that child ended up experiencing some type of injury and subsequently completed the auditory/reflexive circuit on their own. Everyone else is imbuing their child with a powerful learning disability. In fact I would not hesitate to say that the autistic condition is a hellish reality, to be trapped in a perceptual prison, a primitive, psychedelic drug trip with no escape. They can’t make sense of what they see or hear, they know only confusion, fear, and oblong shapes that fill their visual field with threatening gestures, emitting loud echoing noises that blanket their landscape with unknowable, imperceptible monsters.

Because of the curvature of our eyes, we are born with an inverted view. Light and visual info coming into the eye gets refracted upside down onto the retina, over time the brain learns to correctly orient the image. It’s clear autistic children have major problems with their vision and ocular systems. Some may presumably never learn to invert the image their retinas project, or only partially, many presumably experience a warped view of reality.

In fact, parents must strongly beware of social media sources that force highly chaotic visuals onto their viewers, such as the mobile app Tik Tok, which literally works to blur the lines of reality and logic.

Children entering kindergarten have a hard enough time learning to recognize the shapes of letters so they can begin to read, subjecting them to social media that absolutely massacres visual reality, depth perception, straight lines and hard edges, and even the logic of object permanence, risk pushing their children back into a mentally underdeveloped state where they are not easily able to visually navigate reality on a core level.

This is not to mention the massive global financial burden the autism epidemic has forced on the Western world. In fact research reports “the cost of autism in the U.S. alone is greater than the entire Gross Domestic Product (GDP) of 139 countries around the world”.

It’s time to wake up and take a much more disciplined and strict look at the forces governing and influencing how we raise and care for our children. There are forces at work clearly sabotaging and undermining our children’s development, and our societies at large.