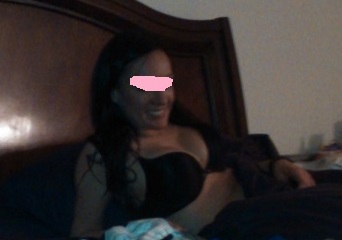 This style for sexting conversations is something I’ve talked about before, but it’s such a consistent, FUN, and sexy experience (plus it works so damn quickly), that I wanted to expound upon it further so my readers can get some fun out of it as well. Now understand this IS advanced, you don’t want to be doing this with the girl from work you just met, or the girl in class, unless you have experience texting women and dating and sleeping with them. There are consequences to using these techniques if you’re not quite ready.

Don’t worry, women enjoy the hell of out of this. You’re giving them a great experience that they will rarely in their lifetimes experience, so do not feel guilty or anything like that about using it.

The following text conversation is with a woman I’d been talking to on Okcupid, a pretty boring interaction honestly, and flaked on our first attempt at a meetup because she just wasn’t feeling it after work that night. So this fledgling relationship wasn’t much going anywhere. My point is that there was nothing prior to this sexting blitz that facilitated what was about to happen next… 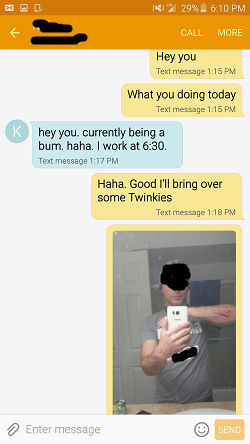 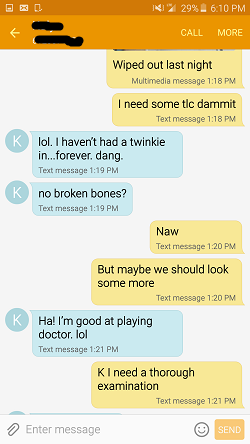 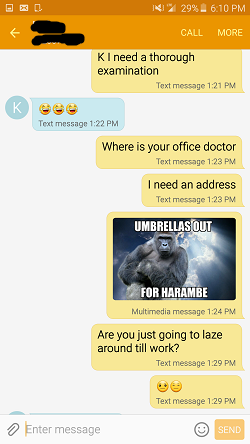 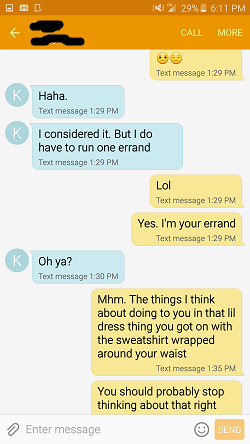 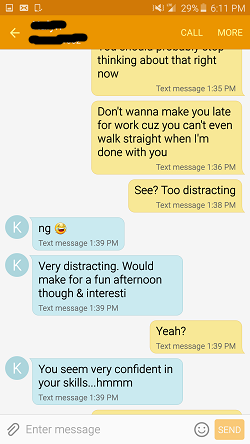 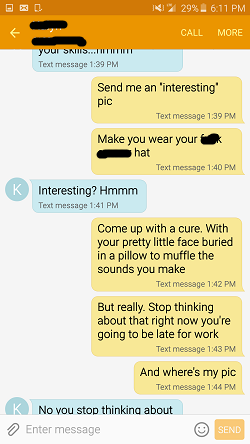 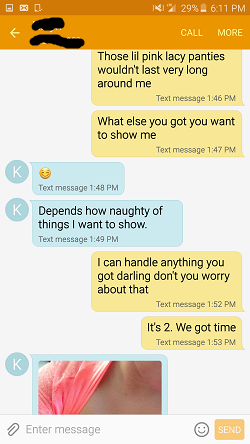 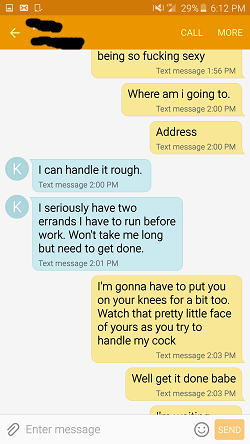 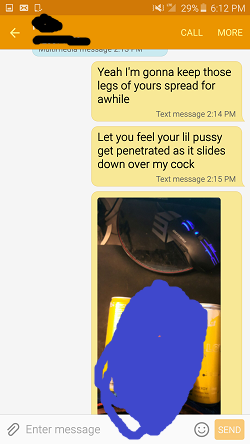 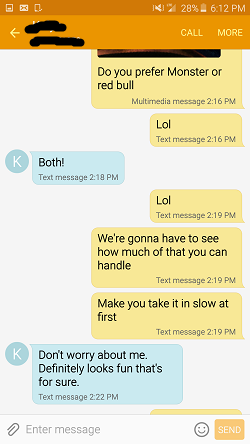 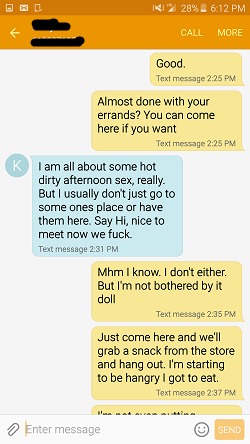 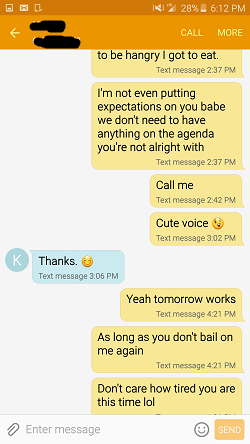 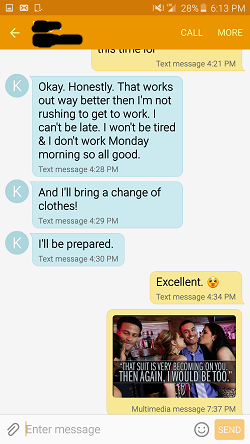 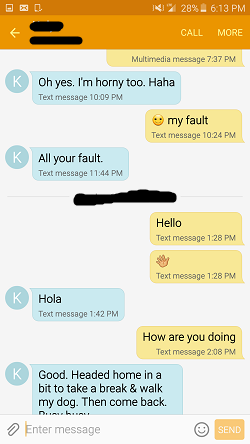 She showed up the next night and we were having sex within a couple hours. I introduced some role playing and sexual dialogue that got her riled up and she came very hard. Sex talk is incredibly important for giving a woman the kind of sexual experience that not only blows her mind, but makes her feel good about her decision to have sex with you, keeps her coming back for more, and introduces you both to the amazing emotional, physical and spiritual pleasure sex has to offer. Most men never get in touch with this, but most women know of it, and are constantly searching for it. In fact this is one of the prime motivators for a woman cheating in a relationship. So make sure you learn how to become a masterful lover yourself. Go Here to learn how YOU can become a masterful lover.

Does the above techniques describe a “fast” seduction that could be considered offensive to certain religious and traditional institutions? Yes it’s extremely quick, and most likely will be quite overwhelming for a woman, BUT, that is the nature of romance in a woman’s mind. Ever heard the expression of a woman wanting to be “swept up off her feet”? It’s one of the governing maxims of romance. Don’t be afraid to walk that edge. Fight mediocrity. Be the kind of exciting thrilling man a woman is looking for.