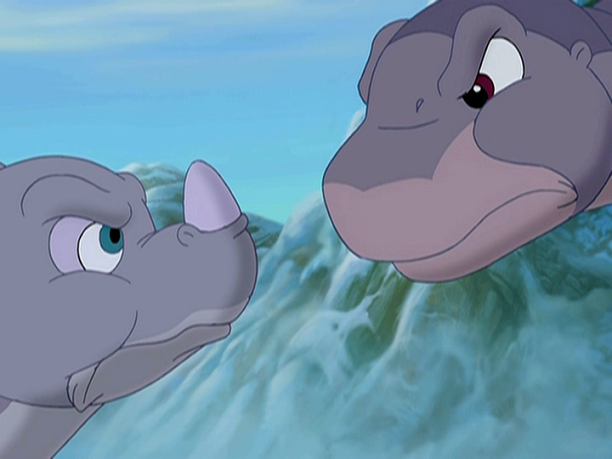 There seems to be some carefully calculated “confusion” on the fact of the fossil record being of predominantly male specimens.

75% or more of the existent prehistoric fossil record are of male origin. Yet this naturally occurring bias is easily explained by the fact that males from the vast majority of species have much higher bone density than females which naturally leads to higher rates of fossilization. The other glaring factor favoring this skewed representation is reproductive costs that females face resulting in lower levels of calcium in their bones, which leads to lower rates of fossilization.

But newly hatched “studies” now blame sexual dimorphic behavior as contributing to this skewed representation and apparent bigotry in the fossil record. “Academic” explanations for the higher representation now center on the supposed aberrant “wandering” behaviors of males, as well as “dangerous masculine habits”. As if not following along with the “female-centric” herd is what contributed to the deaths of these fossilized specimens in the first place.

In other words it’s a complete reversal of science and reason to turn education into another tool of socialism.

There’s a lot of “anti-science” going around right now, a lot of it to do with academic fraud in the pursuit of government research grants and other taxpayer sourced means of academic funding, but there’s also a large scale socialist infiltration and attack on science and academia that all echo the same overarching communist indoctrination.

It appears to be fundamentally “anti-male”, and to a certain degree it is, but it’s all to neutralize and remove social protection mechanisms. The next phase of the “revolution” is always the same, or occurring in tandem. Infiltration, vilification, predation. Once they take down the protectors, they go after their real target; the women and children who are more easily preyed upon.

Now that they’ve “discovered” the fossil record “victimizes females through a lack of representation” they can now pin the blame on an “oppressor” of their choosing, and hijack science to create a new narrative which conceals the dangers of puberty blocking treatments in young children.

This is socialism being used to outright corrupt science and villainize its use for profit.

This is a crime. This is drug-dealing to children. They’re using “science” to conceal the destructive nature of these treatments from parents and authorities. This is state-syndicated Stockholm Syndrome, consigning these young people to a life of reliance on the pharmaceutical drug system. This is the attempted rebirth of slavery under the guise of liberalism and medical “progress”.

This is the same tyrannical “trick the masses into enslaving themselves” social-political campaign the communists have waged on Western Civilization and republics and democracies since before recorded history.

It’s the reinterpretation of EVERYTHING, to fit their agenda of control. This is the benchmark of communism.

Elitist oligarchical control of critical resources, keeping the populace in check by literally handicapping their priorities, and controlling family and society with “human infrastructure”.

Social-communism is an attack. Its very nature makes it the enemy of merit, the natural-born enemy of logic-based proof of success. It is the enemy of history, of keeping records, of learning from the past. It is completely antithetical to what the United States was founded on and what led to its longstanding status as world hegemon. It is the enemy of America.

But it was perfected in China.

Chinese communism and neo-Confucianist Chinese culture is designed to subvert the populace. They don’t ascribe to creation. They ascribe to governance. Their sense of the divine is only interested in “interpreting” the signs to tell the population what to do. This is of course easily subverted and controlled by those that rule. This is the hacking of spirituality, religion, the divine.

China has always been open about this.

The DNC, socialists and elitists in American politics have been whitewashing everything they can to hide the fact that what they want is to control, to control what you say and what you think. This is exactly what a religious cult does. Yet they claim to be atheists, attempt to publicly deny religion as a means of concealing the baseness of their nature. But they are a cult. And a relatively small one. With a large echo chamber made up of monopolies on social media platforms, spam/bot accounts doing all the legwork, and a slew of celebrity “false idols” parroting their demands for control. And it all follows a carefully orchestrated subversion of social protection mechanisms. Everything from American father figures to American government organizations are coming under attack or being subjected to “false flag” operations.